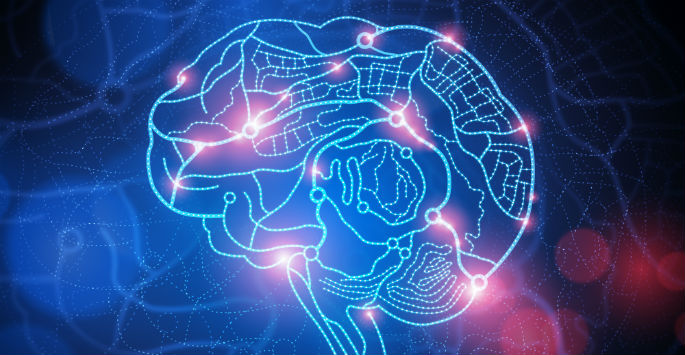 Cognitive efficiency is the brain’s ability to process information, and it covers both short-term memory and processing speed. In other words, cognitive efficiency describes the abilities to think at a high rate of speed and quickly retrieve recent memories.

Scientists and doctors use a technique called Brainmapping to identify which parts of the brain perform various functions. Brainmapping can help determine what part of the brain governs memory or speech, for example, and may help refine existing knowledge about brain function. Science has already identified the part of the brain that regulates vision, but is that part even further subdivided? Techniques such as Brainmapping may hold the answers.

In Brainmapping, which is also referred to as Quantitative Electroencephalogram or QEEG, a device measures and records brain wave activity. The acquired data is then used to make color-coded topographic maps showing activity in the brain’s cerebral cortex. A QEEG also analyzes individual traits of the brainwave such as amplitude, coherence, phase, and symmetry. These are compared to results in a database that contains hundreds of brain maps of healthy people. If the patient’s brainwaves don’t match those of the people in the normative database, there may be a processing misfire in the patient’s brain.

QUEEG can also be used in conjunction with Low Resolution Electromagnetic Tomography (LORETA), which lets the technician view three-dimensional models of the brain and examine its deep structures one layer at a time.

Brainmapping can also show how certain activities and environments affect the brain. Studying, for instance, has been found to cause changes within the brain. On the other side of the spectrum, mental illnesses do as well. These determinations are also made by comparing the patient’s brain to those of healthy brains.

There are several conditions that can impair cognitive efficiency. They can affect memory, the ability to think quickly, or both. By now, doctors have learned that many of these conditions cause characteristic abnormalities in brain wave activity. For example, people with Attention Deficit Disorder show an abnormally high level of brain wave activity, whereas the early stages of Alzheimer’s disease are characterized by abnormally slow Theta waves in the hippocampus and a few fast Beta waves in the frontal lobes.

Researchers have also studied the brains of geniuses to see if there were any physical differences between their brains and those of normal people. In 1999, scientists analyzed Albert Einstein’s brain. Overall, it was actually slightly smaller than average, but parts of his parietal lobe were wider than the norm. These larger areas in Einstein’s brain governed his skill with math and spatial reasoning, meaning more of his brain overall was devoted to math and spatial reasoning than that of a normal person. Einstein’s parietal lobe also lacked most of a fissure found in most people’s parietal lobes, leading researchers to speculate that this trait may have improved communication between different parts of his brain.

At Advanced Health and Performance Institute in Orlando, we offer Brainmapping and Neurofeedback to help our clients get better-regulated brainwave activity. With Brainmapping and Neurofeedback, our specialists can address issues like ADHD, anxiety, insomnia, depression, OCD and others. We have programs tailored to kids, athletes and executives to help each patient excel is his or her field. Contact Advanced Health and Performance Institute today to schedule your consultation.