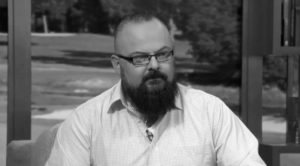 Adrian E. Quevedo has been a leader in Quantitative EEG (qEEG) & Neurofeedback for more than 2 decades, having trained with some of the most  respected and well known Neurofeedback pioneers such as Steve Stockdale Ph.D. and Richard Soutar Ph.D.  As a Neurofeedback practitioner, Adrian has seen tremendous benefit for patients with Attention Deficit Disorder (ADD), Learning Disorders, Attention Deficit Hyperactivity Disorder (ADHD), Traumatic Brain Injury (TBI), Post Traumatic Stress Disorder (PTSD), Post-Concussion Syndrome (PCS) and a wide range of behavioral and emotional disorders. Since then Adrian has owned and operated several Neurofeedback Clinics in the Orlando, Florida area. Early in his career, Adrian worked as a mental health counselor for Intervention Services, Inc. Adrian first distinguished himself in the Florida state’s attorney office (9th circuit) as a victim’s advocate counseling victims impacted by domestic violence, sex crimes and homicide.  Adrian earned his Masters Degree in Counseling and Psychology from Troy State University. Yet it was at the University of Central Florida, while working on his B.A. that a Neuropsychology class exposed Adrian to the field of qEEG and Neurofeedback. This class lead him to pursue certification from the Lexicor Training Center. Connect with Adrian on LinkedIn
Richard Soutar, Ph.D.
Creator of the New Mind Database System

A pioneer in the field of Neurofeedback, Dr. Richard Soutar has published three books on the topic of Neurofeedback and conducted workshops on the various aspects of Neurofeedback at conferences and clinics in the U.S. and Europe. As a former Professor of Psychology and Sociology, Dr. Soutar has had extensive experience in teaching and training at both the undergraduate and the graduate levels. He has also been working continuously over the years as a Clinician, Director and Business Administrator of various clinics around the country.Dr. Soutar developed the first fully certified internet training course for Neurofeedback. He has worked successfully with professional athletes and businessmen on peak performance, as well as with a wide spectrum of individuals with the traditionally labeled psychological and medical disorders. He has also pioneered a wide range of clinical screening and assessment tools for Neurofeedback including; the MiniQ, The MagnitudeAnalysis System, The Interactive Self Inventory and The NPC Symptoms Checklist. He has also consulted with a variety of equipment manufacturers on the development of The MiniQ, Distance Training, and Training Screen Formats, as well as the portable mini neurofeedback trainer, the Bioscan ABT.Presently, Dr. Soutar is consulting on a variety of grants and research projects for the development of cybernetic interface for ALS patients, Spinal Chord Injury, PTSD programs for the U.S. Military, and Industrial Design and Marketing. 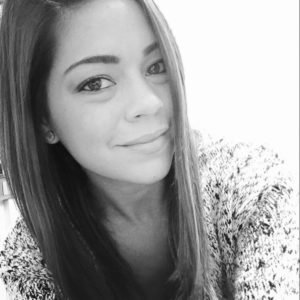 Katerina has been a part of the AHPI team for over 4 years. She graduated from the University of Central Florida in 2012 with a degree in Psychology and quickly established herself as a natural clinician by working with kids on the Autism Spectrum. She has a background in behavior therapy but her passion for the neurosciences is what brought her here. She has completed numerous courses and seminars with the Biofeedback Certification International Alliance (BCIA). Katerina believes in a whole body approach to health, which led her to continue her studies and become a Certified Chiropractic Physician Assistant from Sherman Chiropractic College. She hopes to pursue her Doctorate of Chiropractic in the near future. Her love for children and extensive training in qEEG & Neurofeedback makes her a true asset to our team here at AHPI 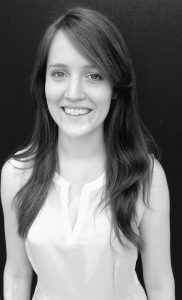 Amber’s interest in neuroscience started while in a physiological psychology class her sophomore year of college. After that, she began as a teacher’s assistant for this class where she learned much more about the intricacies of the mind. This eventually led to her meeting up with Dr. Mouloua where she worked in his TRG lab at the University of Central Florida. They conducted research for his neural correlates of language experiment; working with many different languages and people. This all helped to peak her research-driven focus.  She hopes to go to graduate school and gain a Ph. D. in neuropsychology.

Scott’s understanding, experience and success in starting, managing and growing businesses is invaluable to the organization. As Director of Business Operations, Scott helps guide the overall direction of the company and ensure consistency between the clinical and business components of AHPI and NewroLogix. Prior to joining AHPI and NewroLogix, Scott spent the bulk of his career at IBM managing some of their largest accounts, all over the world. While working with these companies, Scott helped them implement initiatives and structures that reduced cost, increased efficiency and drove productivity.

Having graduated with a Bachelor’s of Science in Applied Psychology and Industrial Factors from The Georgia Institute of Technology, Scott has a unique perspective and appreciation for technology, such as what NewroLogix provides, with regard to the improvement and development of how the brain is understood and treated. Additionally, being a dedicated father himself, he sees the value in providing families an alternative to medication whenever relevant and possible. Much like Danny, Scott is excited by the prospect of being able to help bring AHPI’s brand of NewroLogix Neurofeedback to the masses.