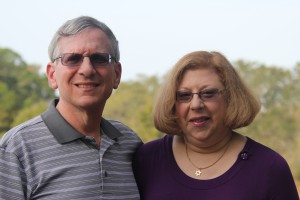 On September 17th, 2001, Marc suffered a massive stroke. The stroke left him near death and unable to speak. Marc’s stroke literally obliterated some of the major network areas associated with speech and interpretation of speech.

Marc completed a miraculous recovery and was released from the hospital 3 months after his near fatal stroke. Marc’s brain had reestablished the ability to speak through a relocation of real estate and is fully capable of communicating very well. His right arm had not regained full function since the stroke but his right leg is more than capable of keeping Marc mobile and active although not capable of reliably controlling a foot pedal in a car. Because of this, Marc had his Honda Civic fitted with left foot controls so that he could still drive. These alterations to his car allowed Marc to drive. Unfortunately, Marc had 2 accidents while driving. This led to the DMV revoking his license due to insufficient vision in the right side of both eyes. His field vision test revealed that Marc did not have the 130 degrees required by the state to operate a motor vehicle. Marc’s field of vision was less than 100 degrees.

We met Marc in early January of 2009. As we do with all new patients, a Brain Map was administered and it correlated perfectly with the MRI’s taken just after his stroke. 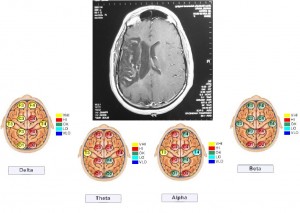 One day, the conversation about Marc’s vision came up and it made the entire staff curious as to why his eyes were structurally fine, but his brain ignored that peripheral vision on the right side. We moved the electrodes to the back of Marc’s head near his occipital region and spent several weeks attempting to inhibit his Delta. We noticed that this inhibition moved much quicker than the inhibition attempts directly over the affected areas of his brain, but we needed a way to measure his potential improvement and see if there were any changes.

Eventually Marc took a simple online test you can take to test your field of vision. We asked Marc to start printing off his results so we could see how he was doing. As the stack of test results began to grow, we noticed that the results were getting better and better.

When Marc finally went to his appointment, his doctor was astonished! Marc had reached the borderline of the 130 degrees and needed an official DMV exam to verify the results.

Marc’s doctor signed off on the paperwork for Marc to get his reinstatement and amazingly enough….he did it! On December 28th, 2011, Marc took his specialized medical driving exam and passed with flying colors! 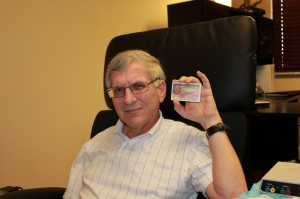 Here is to you Marc! You deserve to feel that freedom of the road and once again you have it!